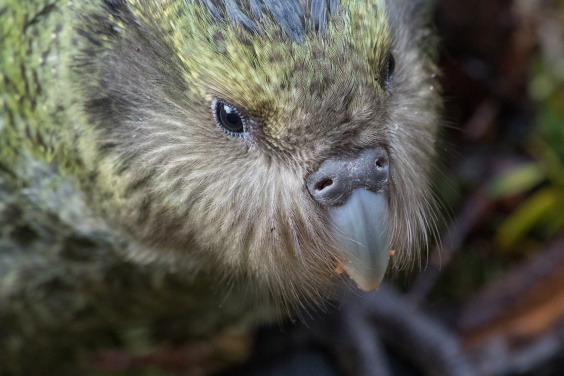 ​Genetic and genomic technologies have potential to enhance New Zealand’s bioheritage, but we shouldn’t expect to see “de-extinctions” or gene drives any time soon, say authors of a paper in the New Zealand Journal of Ecology.

Many of the possible technologies also need social, cultural, and legal approval before they can be developed further.

The paper​, by scientists from the Bio-Protection Research Centre, Genomics Aotearoa, University of Otago, Manaaki Whenua, and others, say technologies such as genome sequencing, metabarcoding, and metagenomics “provide new opportunities that may help support New Zealand’s beleaguered flora and fauna, and thus warrant scientific examination”.

“The next few years will see a dramatic increase in the number of New Zealand native species with high-quality assembled genomes.”

But because there are so many species still to be sequenced, and assembling some of those genomes will be challenging, the work will have to be prioritised.

“New Zealand researchers have a special responsibility to focus on genomes from native phylogenetically isolated species, as these will provide genomic information for effective conservation management and understanding of New Zealand’s unique biota.”

At the same time, scientists have an ethical obligation to protect Māori rights in regard to genomic data generated from taonga species, they say. “The single best option for researchers conducting New Zealand bioheritage work using genetic technologies is to engage early and often with relevant Māori iwi and hapū.”

While sequencing individual genomes is essential for conservation work, it isn’t enough to show genetic diversity across an entire species, they say. Population-level sequencing, involving many individuals is necessary, and is already happening with some endangered species.

“Genomes have already been sequenced for most living kākāpō (Strigops habroptilus). Small populations and declining sequencing costs are increasingly making this kind of study possible for similar threatened species such as kakī black stilt (Himantopus novaezelandiae).”

Advances made in the drive to sequence human genomes mean this will be even easier to do for more species in the future.

Genomics also has a part to play in identifying new pests and diseases, they say. “Molecular diagnostics and DNA-barcoding projects… have assisted in the rapid identification of the myrtle rust pathogen and host species during the 2017 New Zealand myrtle rust response.”

The use of CRISPR/Cas9 genome editing technology is more problematic, both legally and technically. For example, while it may be possible to reintroduce genetic diversity into at-risk species by examining the genomes of museum or sub-fossil remains, scientists would not be able to tell which variations were beneficial, neutral, or even damaging.

The technique would also require potentially wasting a large number of oocytes or eggs from critically endangered species. Along with the legal, social, and cultural issues to overcome “it seems unlikely that genetic technologies will be used in this particular situation”.

It is also extremely unlikely genetic technologies will be used to “de-extinct” endemic species, or wipe out pests through gene drives, the authors say. De-extinction would be technically very difficult, and also legally problematic, as the resulting species would be considered to be genetically modified organisms.

“At this early stage, the value in improving biodiversity through resurrection of a single species appears to be outweighed by how many different threatened species could be conserved with the same resources.”

And there would need to be a lot more research before gene drives could even be considered in New Zealand. “We still have much to learn about the pests that beset New Zealand ecosystems, and the technology needed if we are to develop effective gene drives.”

The authors conclude that while there are many opportunities to use genetic technologies to enhance our bioheritage, it is critical to have a public conversation about the social, cultural, ethical and regulatory issues.

“Indeed, such technologies will only continue to develop further, so we must ensure that New Zealand, a country celebrated for bioheritage and nature, is not left behind.”