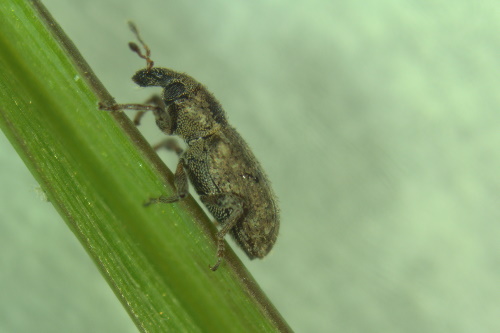 What meets the eye is not necessarily the whole story – as revealed by the Bio-Protection Research Centre’s research into the declining effectiveness of introduced biological control.

Argentine stem weevil is a major pest of ryegrass, the backbone of New Zealand’s pastures. In the 1990s AgResearch began investigating biological control, successfully identifying Microctonus hyperodae, a parasitoid wasp native to South America that lays an egg inside the weevil and kills it.

The wasp was introduced into New Zealand and soon became extremely effective, spreading rapidly throughout the country, controlling the weevil. Similarly to the success of Rumex in Project 1, this was at least partially because the wasp had escaped most of its own natural enemies, which had been left behind in South America.

All seemed well for 15 years – until the BPRC decided to advance the science to include rapidly advancing population modelling of both the weevil and the wasp. Our immediate discovery was surprising: in just 14 generations since Microtonus was introduced, the weevil had apparently become resistant by being better at avoiding it.

And so project 2 was born. Further research indicated that this resistance resulted from the sexually reproducing weevil’s superior ability to evolve compared with the asexual wasp, which could not keep up.

In investigating this and what to do about it, we also shed light on other questions about New Zealand pasture management.

Our pastures are based on a few plant species transplanted from complex Northern Hemisphere grasslands. They have very low diversity of insect natural enemies, offering little resistance to invasive species. With 20 million years of evolution separating our indigenous ecosystems and exotic pastures, very few native natural enemies have moved into the pasture, raising questions about the usefulness of conservation biological control.

This work will continue, as the University of Otago Biochemistry Department (Genomics Aotearoa) and AgResearch investigate which Microctonus strains have survived and which have disappeared since the original release. By defining the traits associated with survival we should be able to more successfully predict which biological control species are likely to succeed.