Home | Closing in on answers to kauri dieback

Closing in on answers to kauri dieback 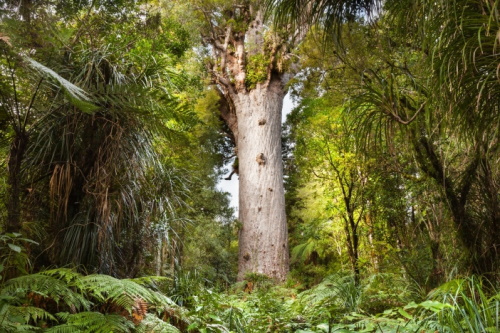 How have land-use changes affected the growth and survival of Phytophthora agathidicida, the invasive oomycete that causes kauri dieback?

Kauri (Agathis australis), one of New Zealand’s most iconic native trees, is culturally significant to Māori and functions as an ecological foundation species. However, after logging and clearance for agriculture only around 1% of the original kauri forest remains. These remnant, fragmented kauri forests are now threatened by the spread of kauri dieback.

Based in Waipoua and in partnership with Te Roroa Iwi, we set out to understand what part these land-use changes have played.

We also investigated how kauri dieback may cause secondary, cascading impacts that affect long-term forest ecosystem functioning. We looked at the differences between symptomatic and asymptomatic mature kauri in terms of diversity, taxonomic composition and functional genes related to carbon and nitrogen cycling of soil microbial communities.

These results provided a promising direction for the discovery of micro-organisms that suppress kauri dieback. As well, significant differences in the composition and abundance of microbial genes related to carbon and nitrogen cycling highlight the potential long-term impacts of dieback disease on the health and functioning of kauri forests.