Home | How does the microbiome mediate insect biocontrol?

How does the microbiome mediate insect biocontrol? 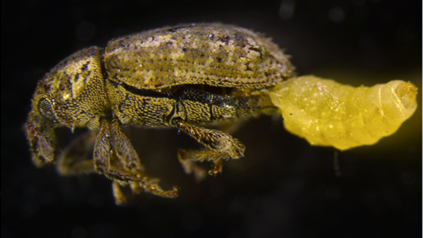 Dr. Sarah Inwood, is a postdoctoral researcher at Bioprotection Aotearoa based at the University of Otago.  She has always been interested in applied research that would improve outcomes for Aotearoa and its people.

Sarah says, “Growing up on a farm, I’ve always been interested in research aiming to make agriculture more sustainable, and the ways it can be improved to benefit everyone.”

Sarah’s current research, part of project 2.1: The mechanisms of microbiota-mediated protection, certainly falls in this category. Even though her research is largely lab-based at this stage, it has huge potential economic benefits for farmers and all of Aotearoa New Zealand.

Farmers lose hundreds of millions of dollars every year through damage by invasive insect pests. Sarah’s research is investigating how biological control can reduce this damage by considering both the pest and host organisms’ microbiomes. In particular, Sarah is interested in the viruses and bacteria that live within the host species and the parasite, and how these organisms influence their relationships.

Sarah is studying two examples of such insect host-parasite systems that are economically significant to Aotearoa New Zealand.

The weevil is native to South America and was introduced accidentally to Aotearoa New Zealand in the 1930s. Soon afterward, as the pest spread to rye grass across the country, farmers began to notice brown and wilted paddocks.

Pesticides were ineffective at controlling the weevil, and so in the late 1980s, scientists began to search for the weevil’s native enemies back in South America. They found a parasitoid wasp (Microctonus hyperodae), which they released into Aotearoa New Zealand in 1991 as a biological control. The tiny wasp, just one-third the size of your pinky fingernail, injects its eggs into the wasp, and the larvae eat the prey from the inside out, eventually bursting alien-like from the weevil’s body.

Once it was introduced to Aotearoa New Zealand, the wasp quickly took off. In many areas of the country, up to 90% of weevil hosts were parasitised. It was one of the most successful examples of biocontrol worldwide. Unfortunately, the system also turned out to be the first example in the world of a pest that evolved resistance to biocontrol. Within just seven years, national parasitism rates had declined by 44%.

Scientists were baffled. It was generally expected that, unlike chemical controls, biocontrol would evolve alongside their hosts, keeping resistance at bay. What had led to the weevil’s increased resistance to the wasp? Had the weevil changed its behaviour, or had it evolved genetic changes that helped it resist the wasp?

Sarah’s previous PhD research focused on this question by looking at the genome of the weevil to see if she could identify genetic changes that had increased the weevil’s resistance. Meanwhile, other researchers at the Bioprotection Research Centre (Bioprotection Aotearoa’s predecessor), focused on behavioural changes that might have affected the weevil’s response. Both projects also looked at differences in the weevil across its range, to see what might explain the geographic differences in parasitism rates from very high in the north to lower in the south.

The behavioural research found some changes in the ways weevils learned to avoid wasps, possibly contributing to its resistance. But the genetic work never found “a smoking gun” that conclusively showed an underlying genetic source of the resistance to parasitism.

However, Sarah’s research did uncover an intriguing finding. The parasitoid wasp carries a strange virus that it transmits to weevils when it infects them. Was this virus affecting how the weevil reacts to parasite infection?

This discovery was the beginning of an expansion of Sarah’s research to look at how viruses – and other organisms in the microbiomes of the host and parasitoid – might affect the host-parasite relationship and the species’ relative fitness. Sarah’s research now hopes to discover what impact the virus has on the wasp and what role it plays when injected into the weevil.

Sarah is also looking at bacteria in the microbiome of the weevil to determine if these bacteria play a role in the weevil’s resistance to the wasp.

The second insect host-parasite system that Sarah is studying is honeybees infected by the varroa mite. Unlike the Argentine stem weevil, honeybees (while not native to Aotearoa) are an economically important species, and the varroa mite transfers a virus that kills them and causes catastrophic hive collapse.

Sarah’s research is investigating whether bacteria might protect honeybees against either the mite or virus, and how viruses and bacteria all interact to affect the relationship between honeybees and mites. Although lots of research is being done elsewhere on the varroa mite given its economic importance globally, Sarah’s overall approach in studying the microbiome as an important aspect of the relationship between host and parasite is novel.

Recent advancements in genetic technology and tools are making this work possible.

Sarah says, “Part of the reason for my interest in genetics is that my mum studied this before she had kids. When she saw me take an interest in this, she was able to really foster that interest.

She’s fascinated in everything I do. Things have advanced so much, she’s always interested in how quickly we can do things that she slaved over for days.” 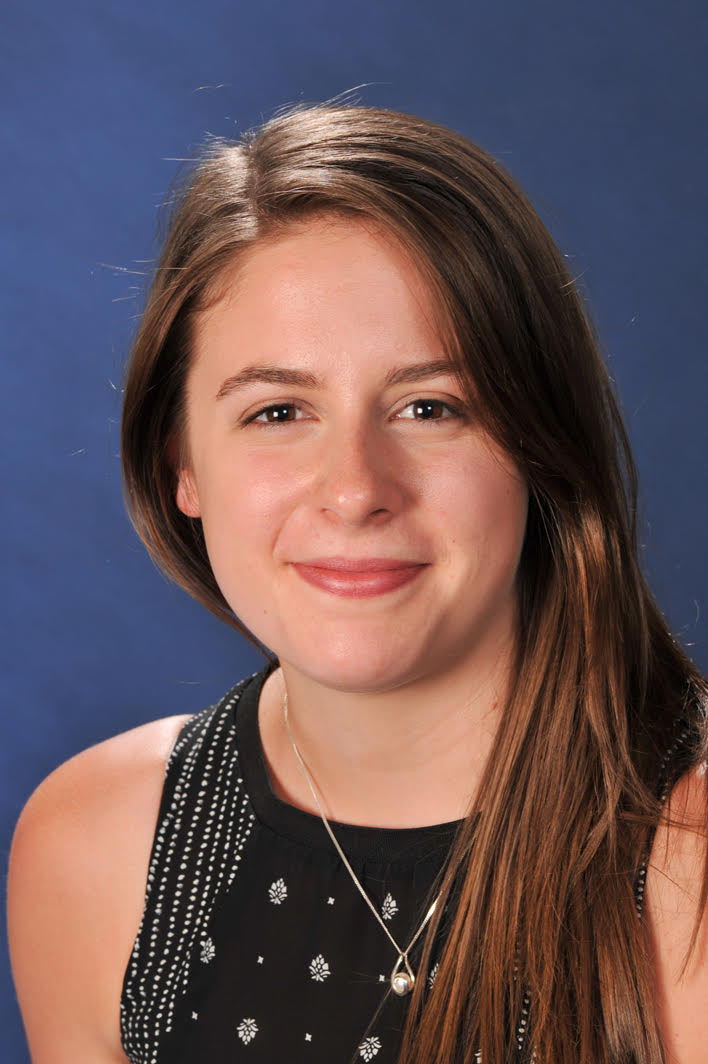