Home | New insights into the success and impacts of plant invasions

New insights into the success and impacts of plant invasions 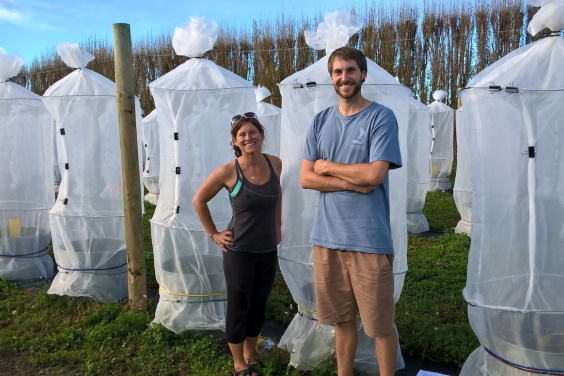 ​How does the introduction of non-native species affect interactions between native plants, animals, and microbes?

A long-running Bio-Protection Research Centre project has been investigating how plant invasions change existing ecological interactions – and lead to new ones. Some of the results have been surprising.

Just as human social interactions define who we are, species are defined by their network of ecological interactions. But humans have disrupted these networks by introducing non-native species both deliberately and accidentally.

The BPRC’s Project 6 has approached this knowledge gap from multiple angles. Researchers have:

Contrary to the prevailing theory that non-native species should have weaker interactions than native species, we showed that non-native plants can host many interacting species. Furthermore, these species tend to be highly generalist, also interacting with many others. For example, non-native plants in our experimental mesocosm plant communities supported higher herbivore diversity and biomass, and higher relative abundance of fungal pathogens, than did native plants. Similarly, Scotch broom invasion increased fungal diversity in a field survey at Molesworth Station.

These findings imply that non-native plants should participate in strong indirect biotic interactions with the surrounding community (Fig. 1). We found mixed support for this hypothesis. For example, a field experiment at Brooksdale Station showed that invasive Scotch broom indirectly benefitted both native and non-native plant species via beneficial soil fungi and reduced hare browsing. However, these indirect interactions were stronger for non-native plants, suggesting that they may lead to secondary plant invasions.

In the mesocosm experiment, non-native plants were more affected by herbivory than were native plants. However, the non-native plants consistently dominated community biomass because of their fast growth rates and strong indirect impacts (i.e., they supported herbivores and pathogens that attacked other species) on the neighbouring community.

What does this mean from an applied perspective? Our research suggests that management of invasive plants could more widely incorporate these indirect biotic interactions. For example, management practices that target indirect interaction partners rather than the focal invader may provide new ways to mitigate invasion impacts. Additionally, understanding indirect interactions could help scientists to predict unanticipated impacts of potential future invaders, as well as unanticipated impacts of removing them from invaded ecosystems. 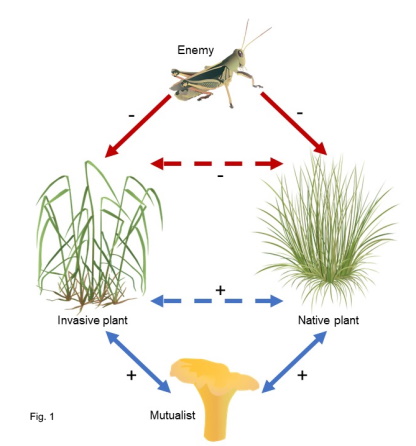