Home | What makes a plant a pest?

What makes a plant a pest? 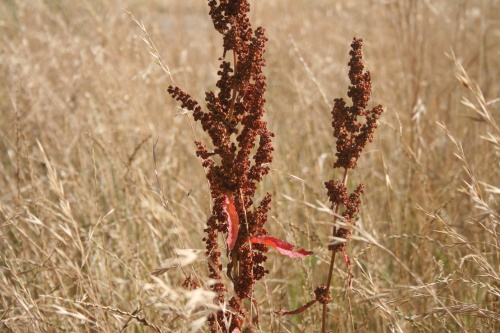 Dock weeds can adapt rapidly to a changing environment.

Why do some introduced species become invasive weeds, while others don’t? This was the fundamental question the Bio-Protection Research Centre set out to answer in a project called “Contemporary evolution in weed invasion” (Project 1).

Over the course of our research, we found some answers.

For the first time, we brought together different assessments of contemporary evolution in agriculture weeds. Our research spanned multiple scales, from global assessments of environmental niches and national field trials of plant performance, to assessing plasticity in the traits of individual plants, and genomic variation.

We showed that when Rumex (dock) weeds were introduced to New Zealand over 150 years ago, they escaped their specialist herbivores and pathogens (known as enemy release). They seem to have become able to colonise different environments than in their native range, resulting in increased phenotypic plasticity. This most likely resulted from stronger environmental pressures in New Zealand, not increased genetic admixture or hybrid introgression resulting in fitter genotypes.

We were able to pull together many distinct pieces of the evolutionary puzzle to form a clear and unique picture of evolutionary processes – suggesting future issues, and solutions.

First, we showed that dock weeds can adapt rapidly to a changing environment. Their ability to withstand drought provides a clear warning that they will likely become a greater problem as the climate changes.

Second, our research suggested ways to control these weeds. As their success here seems to be at least partially because they have escaped their enemies, we may be able to control them through classical biological control (introducing herbivores from their native range) or inundative biological control (maximising the impact of specialist pathogens already in New Zealand).