Home | Māori kiwifruit growers determining their own pathway of success.

Māori kiwifruit growers determining their own pathway of success. 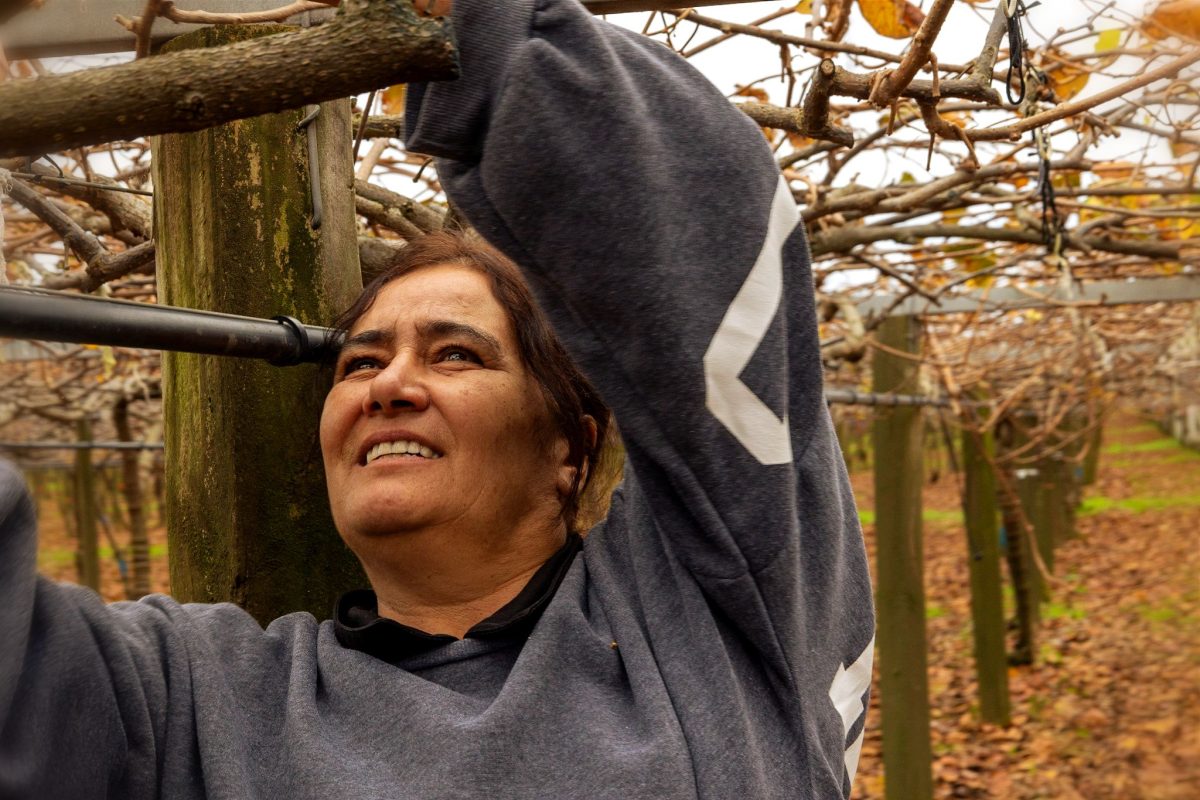 Joyann Te Moana, who upskilled and is now an Assistant Manager for Te Kaha 67

Te Kaha is a quiet coastal town located in the Eastern Bay of Plenty and is one of three focus regions of scientific research for Bioprotection Aotearoa. Te Kaha 15b Ahuwhenua Trust is an 11.5-hectare Māori freehold land block that sits within the rohe (boundary) of Te Whānau-ā-Apanui.

Māori agribusiness, Te Kaha Group, a collective of six ahuwhenua trusts, working together to oversee the management of the six blocks by the contracted pack-houses, where they predominantly farm the gold variety of kiwifruit.

It has been 20 years since the collective planted its first kiwifruit seedling, and in that time, the community has been adopting innovative management practices that benefit its whenua. It has also set up its own vertically integrated commercial enterprises to service operational needs as it manages its productive landscapes.

“We have our own spraying company, we do our own mowing and mulching, and have our own pruners. We are going to buy a couple of new capital items to enhance things even further,” says the Chairman of Te Kaha 15B. Ahuwhenua Trust, Norm Carter (Ngāti Awa, Te Arawa, Te Whānau-ā-Apanui). “We are trying to make sure the work stays within the coast, if we can.”

With this strong entrepreneurial spirit, not only has Te Kaha 15B helped to create jobs and generated economic well-being for its community, but it also offers educational pathways by sponsoring members of their community to gain tertiary qualifications in horticulture.

“Some whanau used to be just pickers and pruners on a block, earning minimum wage, and now they are taking $80- 120k into their family homes as supervisors,” boasts Norm. “They are making a difference to their own families. Plus the money is coming back into our own community.”

In addition to growing kiwifruit, the Te Kaha rohe also grow maize, but they are finding that growing maize brings its own set of challenges. “We are trying to get rid of maize, because it is terrible on the environment. It attracts vermin and rats and is hard on the soil. Plus, the things that live in there often go out into the kiwifruit blocks,” Norm says.

Te Kaha Group, of which Te Kaha 15B is one contributing block, are looking to diversify its crop production, and it has recently erected a state-of-the-art nursery to support this vision. Due to the location of Te Kaha it has a unique micro-climate, which offers an advantage over other regions.

“Our bubble is a bit different from everywhere else. We can grow stuff, usually three weeks before anybody else. That is our biggest point of difference,” says Norm.  They have also set up a Limited Liability Partnership, and members can choose to invest in any new developments, or not.

“A new exciting development is the planting of a new 15ha block in the green variety, in which 3 blocks, Te Kaha 15B, Te Kaha 2B and Te Kaha 67, have set up a joint venture with Seeka to establish a new orchard on the Coast.”

The philosophy of Te Kaha 15B has always been to give something back to the soil, plants, and people within their rohe.  This is why they value the relationship with Bioprotection Aotearoa.

“We are trying to get the best for the block from the people we are partnering with. If there is something there that needs fixing or addressing, we want to know what it is so we can do something about it,” says Norm.

Director of Bioprotection Aotearoa, Professor Amanda Black (Tuhoe, Whakatōhea, Te Whānau ā Apanui), says Te Kaha is a scientifically valuable site due to the variety of land use across the landscape. There are so many opportunities for learning about resilient landscapes due to the diversification and fragmentation of the land.

“This community is really enthusiastic to be partnering with Bioprotection Aotearoa, as they are currently diversifying their productive land blocks. This makes it the perfect time to address some of the needs for these Māori growers.”

Bioprotection Aotearoa has four research streams, with many projects within these four streams using Te Kaha as the field site for their research. The purpose is to understand the risk of pathogens being transferred around the landscape, and then identify any mechanisms that confer resistance and resilience against potential pathogen sources in the landscape.

Strategic Advisory Board member James Ataria (Rongomaiwahine, Ngāti Kahungunu, Raukawa) says the strength of Bioprotection Aotearoa is the “collection of scientists from diverse backgrounds who have a common focus on bioprotection and a passion for connecting their science with people and their community’s aspirations.”

James says the collaborative effort between multiple disciplines within Bioprotection Aotearoa not only provides more holistic research outcomes but also brings real value to the collaboration with communities.

Amanda says putting community well-being at the forefront of the research underpins the collective focus on ecosystem restoration in Te Kaha, “so when we go out to field sites with the growers, nursery managers, and iwi, everyone is included in discussions and planning.

“We truly are here to help the communities that we are partnering with and support our early career researchers to think about where and how their research might lead to impacts,” Amanda says. 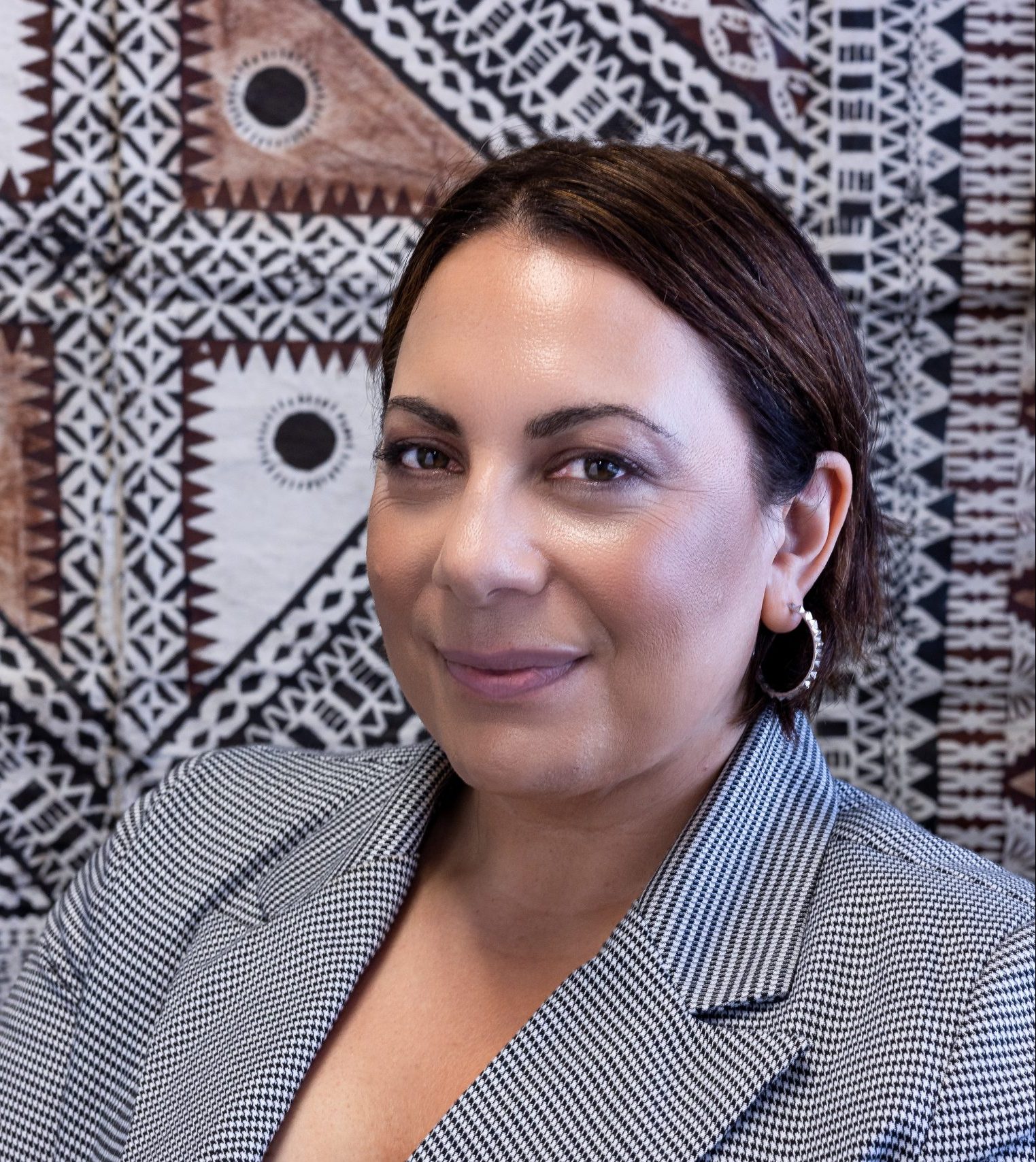 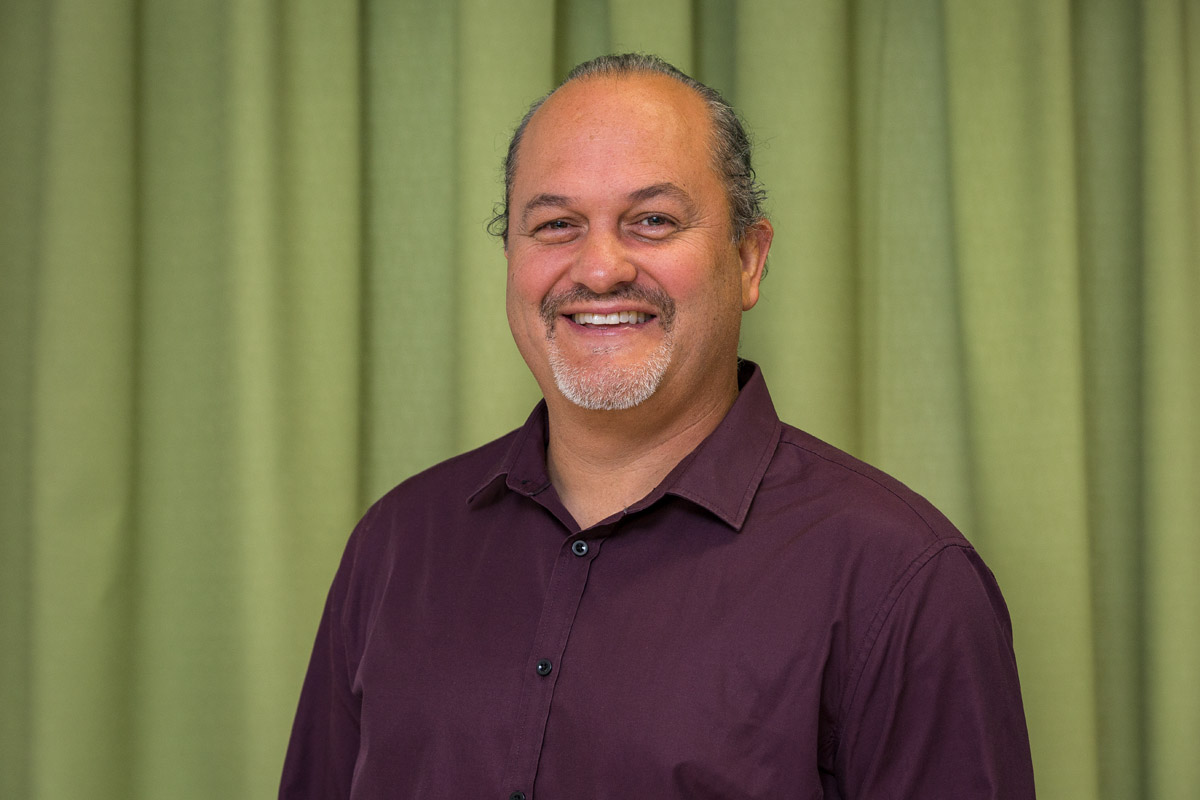